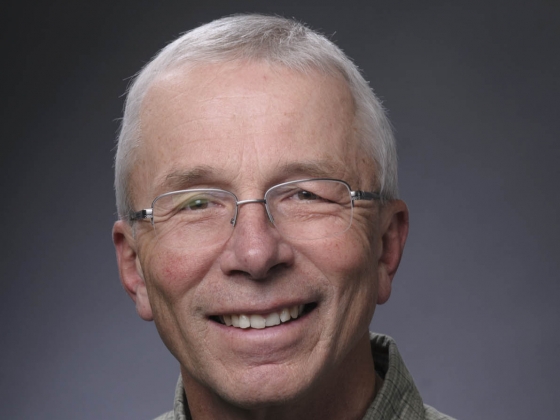 Dr. Patrick Hatfield is a Montana native who began his career in  agriculture working on ranches in Montana and Wyoming before joining the Peace Corps, where he spent two years volunteering in Bohol, an island in the Philippines.

Upon completion of his doctorate, Dr. Hatfield began his professional
careeras a research scientist at the U.S. Sheep Experiment Station near Dubois, Idaho. After eight years at the sheep station, he returned to MSU where he continued his research and taught classes in sheep production, grazing livestock production (later changed to livestock in sustainable systems), sheep practicum, and a graduate-level course in ruminant nutrition, while also advising students.

During his time as a faculty member, Dr. Hatfield worked with Dr. Ray Ansotegui to remove
non-productive labs associated with ANSC 100 and 222, replacing them with experiential learning sheep, equine, and beef practicum courses ANSC 232, 233 and 234.

In addition to his teaching efforts, Dr. Hatfield served on numerous department and other committees, including retention, tenure and promotion committees in the department and in the College of Agriculture.

Dr. Hatfield served as president of the Western Section American Society Animal Science (WSASAS) in 2003 and, 10 years later, was honored with the WSASAS Distinguished Service Award.

He was also active in professional service, serving as a USDA grant panel member and panel chair.

Since joining MSU in 1997, Dr. Hatfield secured more than $7.5 million in extramural competitive funding. His publications include more than 85 peer reviewed journal articles, 30 invited professional papers and presentations, more than 100 proceedings and abstracts, and more than 50 popular press articles. He also developed a free, online sheep ration program that has more than 2,500 active accounts in more than 60 countries.

During Dr. Hatfield’s time leading the department, he pushed for, and oversaw, the return of livestock operations leadership from MAES back to the department. He helped develop several new programs, including Sustainable Livestock Production, the Dan Scott Ranch Management Program, and the Livestock Pre-Veterinary option.

He developed directions for the department’s faculty on how to use Activity Insight, and that document later became the base for directions for all university faculty. He hired 13 tenure track faculty members, successfully filled 10 positions made vacant by retirement and resignation and hired five full-time non-tenure track and professional teaching faculty.

Dr. Hatfield made many improvements in livestock operations, including restructuring the livestock operations crew to increase operating dollars and reduce full-time positions to better fit needs; investigate and develop a proposal to shift calving from February to May, which was implemented in 2020; and worked toward the removal of the feed mill.

He describes his biggest accomplishments during his time as department head as his service to the faculty, staff and program mission of the department and livestock operations. He is particularly proud of his research incorporating livestock into crop farming systems, and working with the MSU Alumni Foundation to fund the Dan Scott Ranch Management Program, as well as develop the program and shepherd it through the review process.